skip to main | skip to sidebar

Hellooooooo out there!  It has been a hectic couple of weeks here but I am back to give you a little taste of a little of what I have been doing.

My mother died about twenty months ago and my sister and I have been slowly going through all her things and deciding what to do with them.  We recently closed on her waterfront condo and had to scramble to complete the last of the sorting and deciding.  Much of the furniture was stored for my nephew and his wife who have been living in Asia as missionaries.  They will be here in the States soon to spend about a year to establish his wife's citizenship in this country.  My sister and I also saved some pieces for ourselves but much of the oriental vintage pieces have been taken to a consignment shop.  (That was a job in and of itself!)

School started for teachers in Pinellas County, Florida on August 12.  I was lucky to have a 'smartboard' installed over the summer break.  Unfortunately, that meant that two walls were reworked and the entire classroom's furnishings were relocated to get the job finished.  With the help of my husband, children, and one of my son's friends, my room was almost back to normal and set up for 'Meet the Teacher' on the morning of August 16.
A tea party was planned for the weekend before Victoria-Rose was to return to college.  Such fun!  More on the party to come.
A little bit of sewing was squeezed in to this very busy month.  Two little sundresses were made from vintage pillowcases and will be blogged about soon.

And....we managed to get almost a week's holiday in Orlando!  Our hands-down favorite activities were Disney related.  We went to Disney's Hollywood Studios and the Magic Kingdom.  We all LOVE the Magic Kingdom.


We had dinner one night at Beast's Castle.  It was truly a magical experience.  The food was delicious and the ambiance, service, and the special touches were just amazing.   (It was snowing outside the windows of the ballroom!) 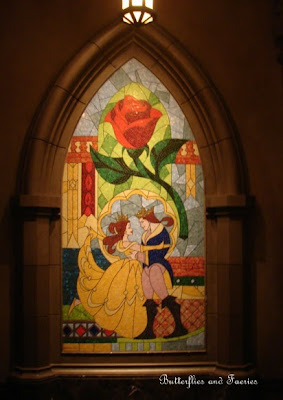 Another highlight of the trip was high tea taken at the Grand Floridian.  Again the attention to detail was so special and appreciated. 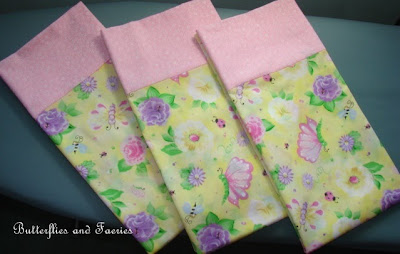 These three pillowcases join the others in a pile to deliver to one of the designated sites in my area for ConKerr Cancer, an organization dedicated to bringing smiles to children with cancer and other life threatening illnesses.  This is from their site:
"From California to Massachusetts, Florida to Michigan, the UK to Africa, ConKerr Cancer
pillowcases are bringing HUGE smiles and hugs to children with life threatening illnesses. Thousands of volunteers, around the world, are joining together to brighten the lives of these children with a simple act of kindness: making a fun, cheerful pillowcase."

To find a find a local chapter, you can click here:  http://www.conkerrcancer.org/

I make my pillowcase a little differently from the directions posted at Project Run & Play and I thought that I would post a little tutorial for those who want to make the finished 'cuff' of the case without needing to topstitch. I often add another band of color, ribbon, or lace between the cuff and the body of the case, as shown in the last photo of this post.

You will need these materials for a standard pillowcase (in addition to the typical things in your sewing room):

Follow the instructions on each photo.  Each photo can be enlarged by clicking on it. 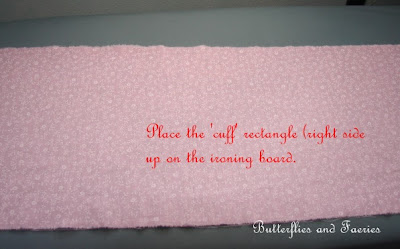 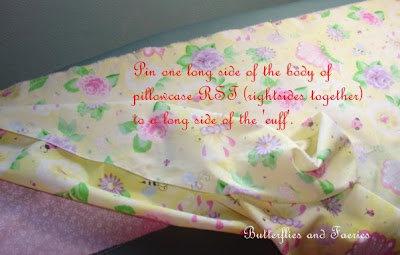 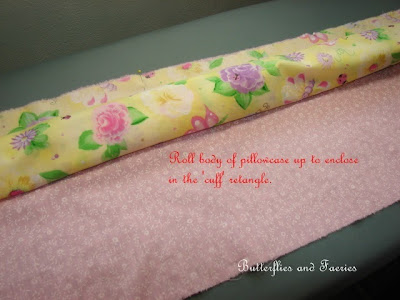 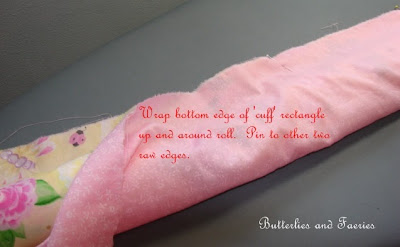 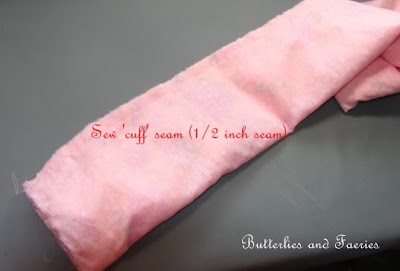 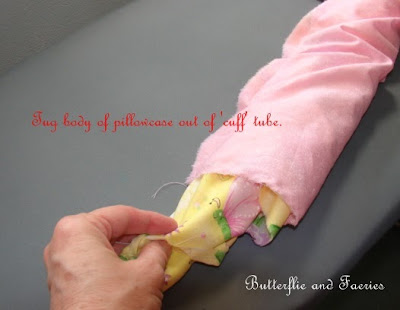 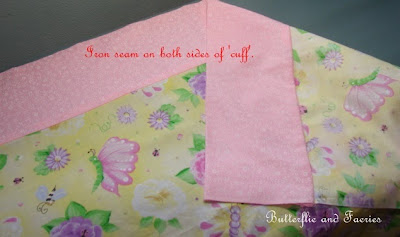 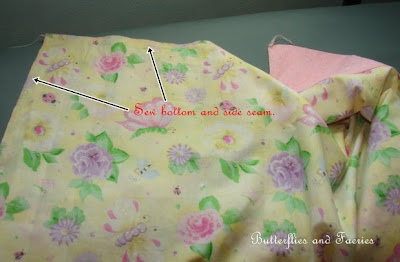 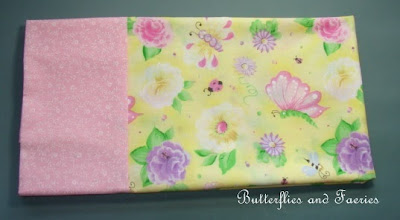 These two mini pillowcases have some cotton trimming sewn into the cuff seam.  These are 'baby pillows' that I use to sleep with in addition to regular size pillows.  They are perfect for that little extra bit of comfort when reading in bed. 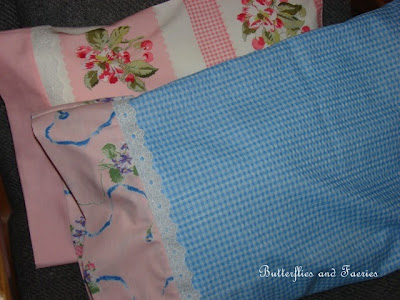 Another wonderful quote from Mother Teresa:


"Kind words can be short and easy to speak,
but their echoes are truly endless."
Posted by Karen at 12:00 AM 7 comments: 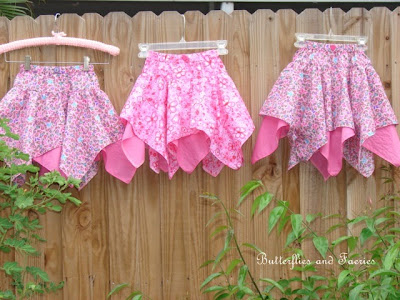 These skirts were fun to make!  They use more fabric than the usual full skirt but if you are 'stash busting' you will be glad to see the fabric piles dwindle a bit.  (I know it made me smile!)  I used the Tie Dye Diva "PixieBelle Skirt"  from http://www.tiedyedivapatterns.com/ and polycotton plisse' (Tuti Fruti line from Jo-Ann).  The skirts are full of twirl factor and I knew with the flying petals of the skirt that little undies would be showing so I added attached shorts underneath each one. 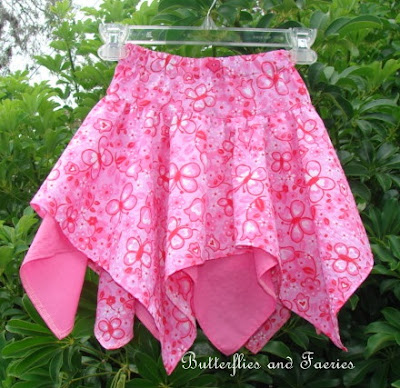 Two of the skirts will be gifts 'just because' for two sisters.  They both have heart buttons to show the front of the skirts.  The one with the purple button is a larger size and has already been delivered to a foster care 'closet' where foster parents come to get clothing for the children in their care.  (PR&P's "Skirting the Issue") 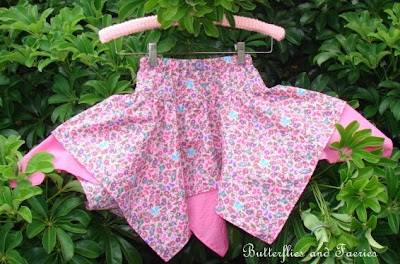 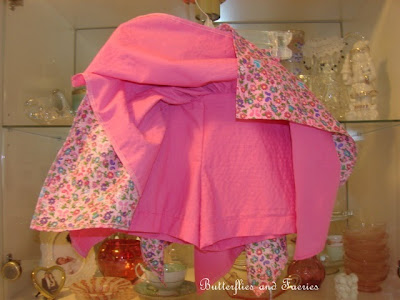 
"You can't live a perfect day without doing something
for someone who will never be able to repay you."
Posted by Karen at 9:27 AM 7 comments:

Karen
Hi! I am a full time wife, mother, and kindergarten teacher who loves the creative needle arts. I hope you will journey with me often as I create special things for special people. 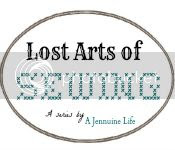